Christmas has passed, and the 0.76 release did not come, but I have it on good authority a release will happen before or on new years day under the best of circumstances.

Unabated by the delay of the much anticipated release, content makers have been busying themselves in hopes their frantic typing and screaming will keep their Christmas dinners from exiting the wrong orifice.

One such artist being ralphie, who re-engineered charlie in the hills into a much prettier spectacle. Granted the older version was a little crooked but ralphie has taken the golden game play of the original and improved upon perfection itself!

Ralphie used Unknown files to host this image, then it went down before I could rehost =(

In response UF was down for christmas day as IaMaCuP applied much needed maintenance to his servers.

The great former king of the mods Caydr has re-appeared on the spring forums! Advising forum goers on cut price games on steam before january 1st, he has started a discussion on what to call AA’s next version in light of the AA 5.2 fiasco.

oh dear, caydr used an imagehost that went boom before I could rehost =(

And it seems aGorm may have another map up his sleeve! In highlighting part 1 on the spring forums aGorm posted this image:

FibreV5 was also released, sadly there was no screen shot parade, but what we did get was a slew of CA concept art models and their 3D equivalents. Of note was a cannon by Treeform based on the CA concept art I reported a few weeks ago:

Indeed Treeform has been busy, he found the time to create this Jethro model:

Argh however, has been spending his Christmas wisely. Having completed most of the Overmind race, he has started work on the second faction of P.U.R.E. As well as preview images of what is yet to come, he has added new balancing units to the Overmind faction: 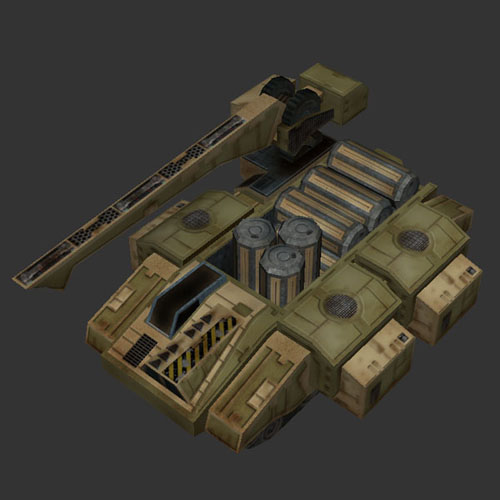 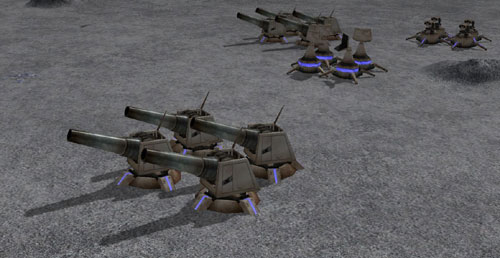 The starwars people are getting twitchy, and they too have started releasing more images again:

S44 had no images in their release thread. However they will be making an appearance in the final instalment having provided a pretty picture showing new tanks.